This building is located on Calle Acuario de Los Abrigos. It is a building, built in 2008, which has a constructed area of ​​438 m2 of which 400 m2 are useful distributed over 3 floors. The building is sold in its entirety, it is in one of the most central streets and consists of 3 floors with a total of 4 apartments, garage, basement and a beautiful roof terrace with beautiful views of the sea. Adjacent to another plot of 101 m2 with the possibility of acquisition for a major reform project. The building and its apartments are to reform, you can make a minimal interior reform while maintaining the structure of the building or you can make a more thorough reform taking advantage of the adjacent plot with its 101m2. It is an optimal investment for long-term rental homes and also for vacation rentals, being the town of Los Abrigos highly demanded by tourists since it is very close to the sea and maintains its picturesque and original structure of the fishing village surrounded by nature. islander. Los Abrigos is a small town on the coast just a few minutes from Tenerife South airport, however, in recent years it has experienced urban development of a certain size. It is easily accessible thanks to a good road network. The city is a mix of residential and winter tourist housing Beaches of La Tejita, Montaña Roja, El Confital, La Mareta, the Montaña Roja trails, Llano de Roja Playa Chica and El Tapado are the main natural attractions of the Los Abrigos area. where, however, the picturesque and colorful Puerto Pesquero is king. The town has the Center for Early Childhood and Primary Education, a civic center, a social center of the Association of the Third Age, the parish church dedicated to San Blas, a Post Office, a pharmacy, various banks, public squares, playgrounds, as well as bars, restaurants and other shops. Los Abrigos also has a municipal baseball field, sports center and basketball court, it has the beaches of Los Abrigos, Playa Chica, La Mareta, del Horno or El Confital and the beach of Montaña Roja. However, the most popular is La Tejita, a beach one kilometer long and about 33 meters wide suitable for nudism. Contact us to discover the many possibilities of this investment, you will be surprised how much this property can contribute. 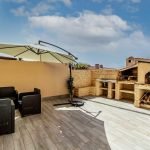 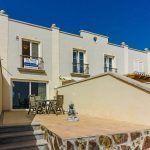